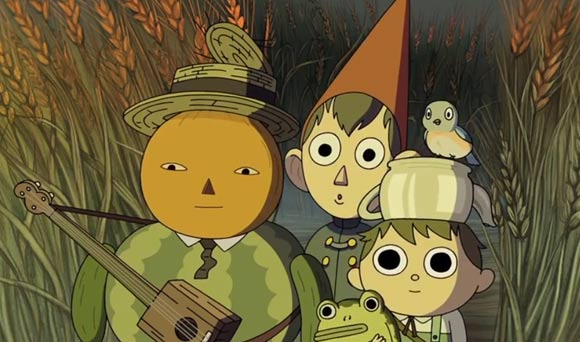 Last week at San Diego Comic-Con, Cartoon Network offered the first look at Over the Garden Wall, a ten-episode fantasy mini-series that will debut this fall. Created by Pat McHale (creative director, Adventure Time), the show is based on a pilot he directed called Tome of the Unknown. Indie filmmaker Nick Cross (The Pig Farmer, Yellow Cake) is art directing the series.