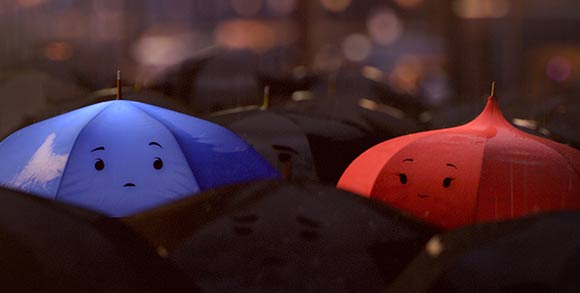 Pixar’s latest short film The Blue Umbrella has had a rough awards season, having been locked out of both the Oscars and the Annie Awards, but that doesn’t diminish the passion and effort that went into its production. The film’s director Saschka Unseld is celebrating the film through the new website The Blue Umbrella Making-Of Holiday Calendar.

Every day between December 1st and the 24th, Saschka will present a behind-the-scenes look at the various stages of development and production on the film. In the first two days, Saschka has recounted his inspirations for the short and shared the pitch that he prepared for John Lasseter. Whether or not you enjoyed the film is beside the point. The early entries on the site suggest that Saschka will offer a rare and revealing insider’s look at Pixar’s creative process, and that’s worth checking out.