Kyu-Tae Lee is a South Korean filmmaker, illustrator, and comic artist. He is also a member of Quang, a monthly comic webzine that, in the words of its founders, was created “to share cartoon experiments, provide an enjoyable experience to the public, and increase interest in the Korean comic world.”

His work is magical, fusing the essence of childlike imagination with heavier subject matter. He has created several beautiful animated films in his career, many of which have equally stunning illustrated comic versions.

The first film I saw from him a few years ago, RUN RUN RUN (2010), was a collaboration with Choi Young-Hoon for their joint film label Gororo. It’s packed with energy, and it’s got exactly what I love about animation, outrageous vitality. Every time I watch it, I end up being refreshed and energized to make new work.

Then I viewed his film Look Around from 2008. It’s a chilling story of lost love and ill spent time—heartbreaking with a flawless narrative flow.

A more recent effort, Big Boy, was first fleshed out in comic form. The animation doesn’t stray far from the book format, embellishing the thoughtful story with wonderful movement and sound. It is again quite heartbreaking, built off of misunderstandings and the departure of a symbiotic relationship.

Each Other is his most recent animated film and also exists in comic format. This time the relationship between comic and film are visually different, but the narratives share the same vein. Isolation, self-deprecation, pursuing freedom, and unwillingness to let go: the film is full of barriers that all pay a price for being broken.

His method of first creating comics, followed by film, is one that I wish to emulate. The narratives become strong from this process, and his visual styles reaches a lush, full expression. There are several more comics available on his site, all deserving of animated renditions that I hope come to fruition. To end, enjoy a brief selection of his gorgeous illustration work. 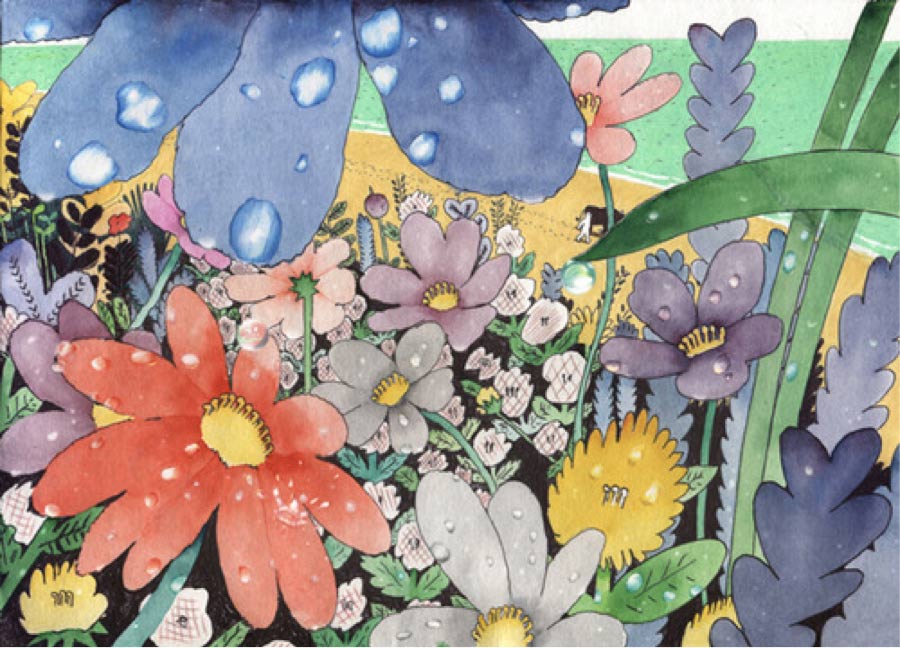 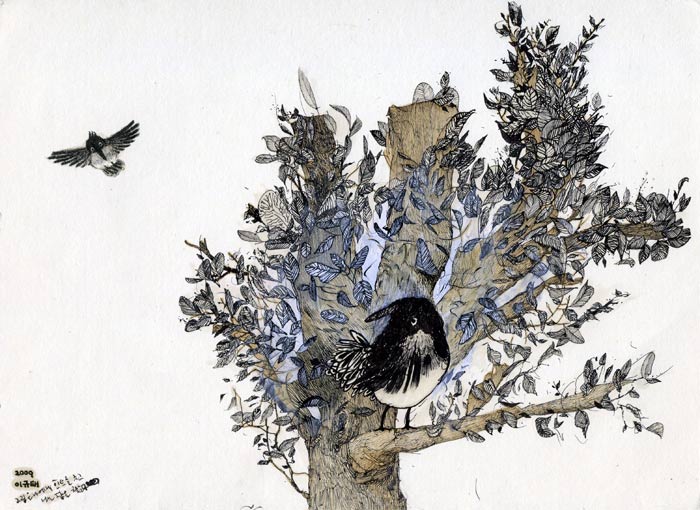 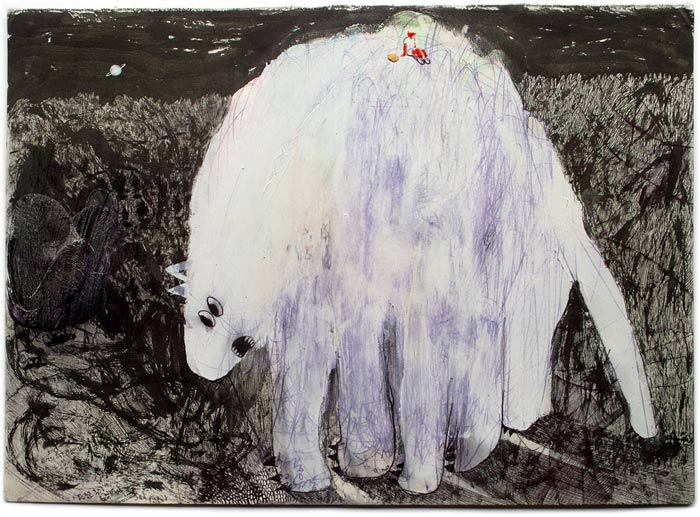 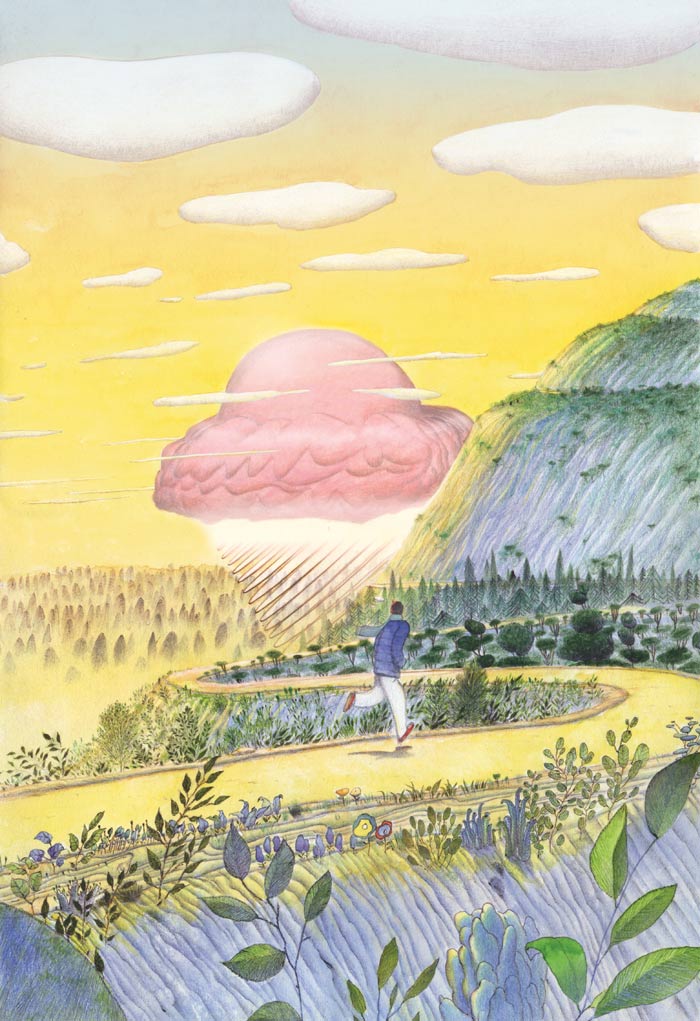 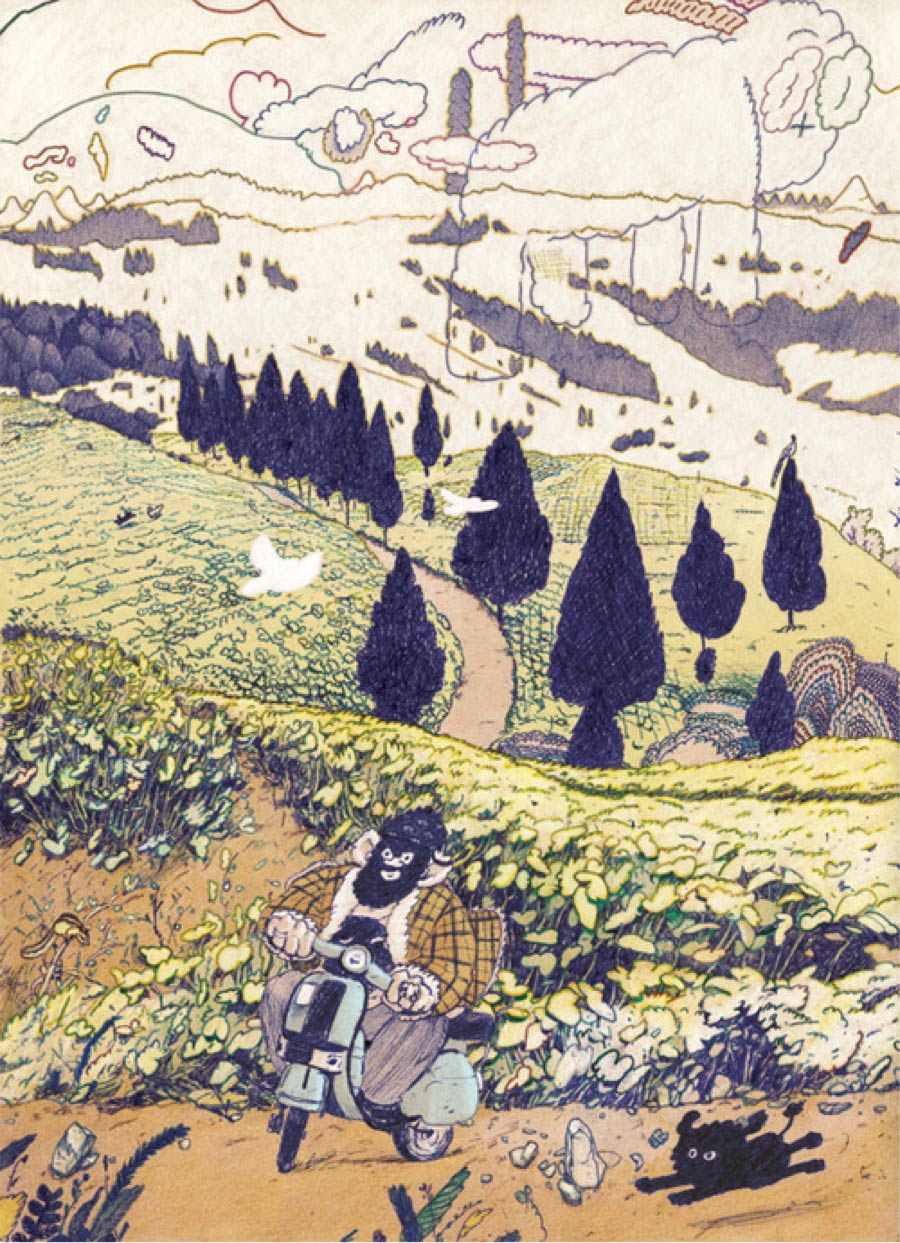 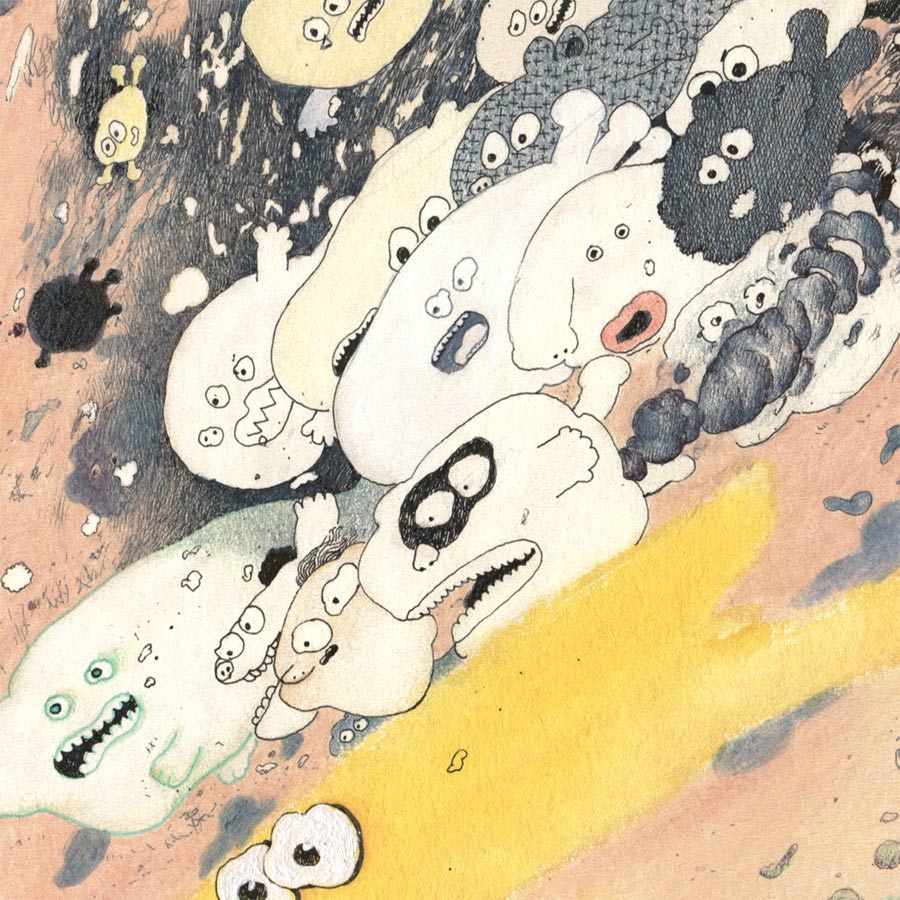